We have here a collection of recordings and flyers from what we're calling the Lehigh Valley  underground. It's mostly punk bands but includes a broad umbrella of that term to include a lot of independent music in the scene. You can browse around or search for a band by entering their name into the seach box above. Select the menu (three horizontal bars) icon on mobile devices. These bands typically didn't sign record contracts or play big venues -- you'll see flyers for shows at fire companies and union halls as well as small clubs and bars.  Many of the bands from the 1990s or earlier had their works collected and digitized and donated to us by Frank FOE, who compiled demo tapes and published albums under his record label F.O.E.(Freedom of Expression).  Chris “Reject” and his Bethlehem-based label Square of Opposition have also contributed more modern recordings from Lehigh Valley indie, punk, hardcore etc. bands, as did Lance LaBar’s Bethlehem-based Killer Tofu Records.

The music collection includes professionally recorded CDs, digitized 7″ vinyl records, lo-fi demos, recordings of live shows, homemade tapes, and sessions literally recorded in somebody’s basement.  Music can be streamed here or downloaded for your personal collection. The fliers are their own art form with lots of homemade or copyshop creations advertising the gigs. They have been donated by many sources including Bill Duane, Mindie Riley, Frank FOE, and Cory Dieterly. Thank you to all who have helped build this collection. Have stuff to share? Contact us! 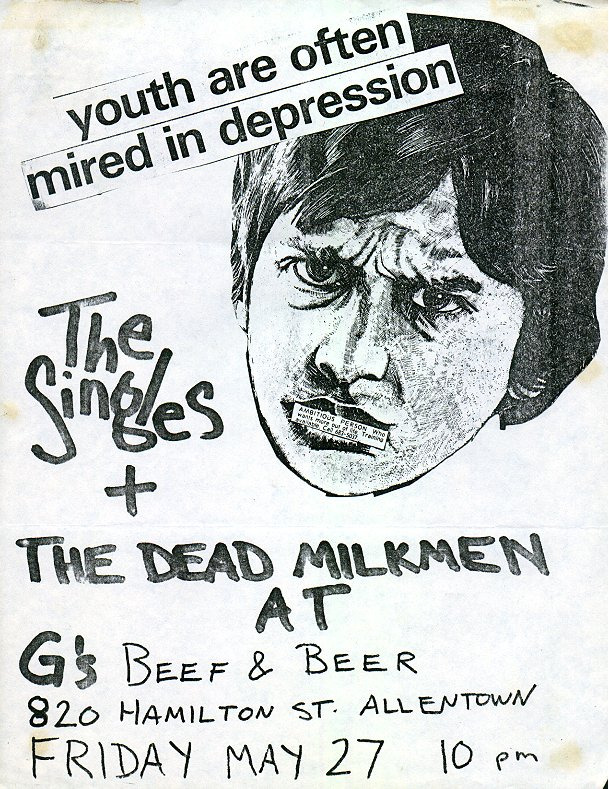